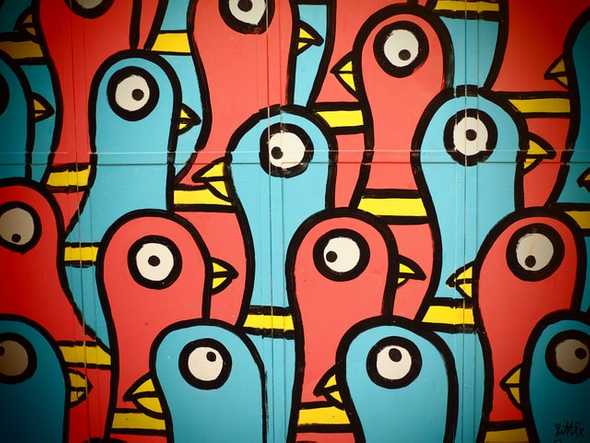 I’ve been recently pondering whether thoughts produce emotions or do emotions produce thoughts. At first, I thought it’s the emotions that generate thoughts; then I read that it’s the other way around.

However, I think it’s actually a two-way street.

Surely, when we feel bad, we have negative thoughts. When that feeling is cut off, those thoughts go away as well. Imagine, you think that you failed some exam and then find out you actually passed it with flying colors. Those negative thoughts you might have had about you not being good enough after the first emotion, are instantly gone following the positive emotion.

Yet, as Burns suggests, all our emotions are generated by our thoughts. The way we feel at any given moment is caused by our thinking - or rather - the way we’re thinking. If you constantly have negative thoughts, you will be depressed! Depression is having negative thoughts non-stop.

I personally try to block out all negative thoughts and not let them take any hold. I try to be like a horse with blinders on, plowing forward, not acknowledging the BS. Why? Again, it doesn’t do anything. If regurgitating negative stuff would be of some benefit, trust me, I’d probably be wallowing in self-pity all day long.

Besides, our emotions aren’t facts; they’re just emotions. E.g., have you ever felt so bad and thought it’s absolutely hopeless, only to have a completely different view on the subject a few days later? You probably have.

Even the stoic philosopher Epictetus from ancient times realized that we could change the way we feel about events. The events themselves do not determine our state of mind.

By the way, my friends at inlpcenter recently published an article on the subconscious mind. It summarizes some of the most important ideas of how your mind works “behind the scenes.” E.g., I found the 5th and 6th point especially interesting. Hence, if you’re curious about that sort of topic, pay them a visit.